Is it protection worth having?

Checks and other debit transactions clear when you sign up for overdraft protection, even if your account lacks sufficient funds. In exchange for this service, your bank may charge hefty overdraft fees. Is this protection worth having? Here is a look at the pros and cons.

Pros and Cons of Overdraft Protection

When you sign up for overdraft protection, your bank will use a linked backup source that you designate—a savings account, credit card, or line of credit—to pay for transactions whenever the checking account lacks the needed funds.

Pro: Your transaction will happen

Even if you don’t have enough money in your checking account, the check will clear, the ATM will give you cash, or the debit card transaction will go through. You have no more bounced checks, with the inconvenience and embarrassment that can come with them.

Con: You will pay fees and interest

One downside is that the bank will charge an overdraft transfer fee even if your own money covers the shortfall. In the case of an overdraft line of credit, you’ll pay interest on the amount you borrow until you pay it back. Consumers who opt into overdraft protection pay more in overdraft fees than those who choose not to.

Con: Transactions may not clear if your backup source is low or empty

Another disadvantage: Your transactions still won’t clear if you don’t have enough money in the linked account to cover the shortfall. It might not be a big deal to have a transaction declined, but in an emergency, it’s nice to have a source of backup funds. However, if your backup funding source is tapped out as well, you still won’t be able to complete the transaction.

The simplest and least expensive way of having overdraft protection is to link your checking account to your savings account, thus covering your overdraft with your funds.

What Happens When You Don’t Have Overdraft Protection

Without overdraft protection, your bank can still charge a non-sufficient funds (NSF) fee comparable to an overdraft fee if there isn’t enough money in your account to cover the debit. In addition, the party receiving the lousy check can demand reimbursement for the returned check fee and report you to ChexSystems, which is like a credit report for your banking history.

As of September 2019, the typical overdraft fee was $35 per item, according to a NerdWallet.com study. These fees can add up quickly if you make several transactions before you realise your account is in the red. If you are making a small purchase or have another source of funds, don’t write a check or use your debit card if you’re even a little unsure whether your funds will cover the purchase.

Terms and conditions for overdraft fees vary significantly from one bank to another. If your bank’s overdraft fees are high, you may find it less expensive to pay using a credit card. This is different from linking your overdraft protection directly to a credit card, which can be pricey because the credit card treats the related transaction as a cash advance with a high-interest rate and no grace period.

Other Ways to Avoid Overdraft Fees

While it may be worth opting in if you don’t want transactions to be declined, a better choice is to sign up for email or text alerts to flag low checking account balances so that you can avoid overdraft fees altogether. These alerts will allow you to add funds to your checking account, wait to make a purchase, or use an alternate form of payment.

You can also avoid overdraft charges with some banks’ free overdraft transfer services, which will automatically transfer money in preset increments (such as $100) from a linked savings account into your checking account when the balance is low.

What Is a Canceled Check?

A cancelled check is a check that has been paid or cleared by the bank it was drawn on after it has been deposited or cashed. The bill is “cancelled” after it’s been used or paid so that the review cannot be used again.

Somebody who has written a check may cancel it before it has been deposited or chased by alerting the issuing bank, thus voiding the check.

A cancelled check has been paid after going through a check clearing process. The bill is cancelled once the money has been drawn from the bank the review was written on or the drawee. The payee is the person the review is written to, and the payee’s bank receives the deposit. The process of a cancelled check includes the following:

Today, nearly all checks are cleared through the Federal Reserve Banking system electronically, even in cases when the deposit is a paper check. The promise and check clearing process are still performed, but the paper check rarely leaves the facility where it is deposited.

Instead, a special scanner creates a digital impression of the front and back of the check, which it sends to the other bank. When the check finally clears the payor’s account or the person who wrote it, it’s considered cancelled. In short, a cancelled check means the clearing process has finished, and the check cannot be reused. As a result, cancelled checks can be used as proof of payment.

Traditionally, cancelled checks were returned to account holders with their monthly statements. That is now rare, and most check writers receive scanned copies of their cancelled checks, while the banks create digital documents for safekeeping.

Example of a Canceled Check

A cancelled check means the clearing process is finished, and the check cannot be reused. As a result, cancelled checks can be used as proof of payment.

While a cancelled check is honoured by the bank, a returned check is a check that did not clear the payor’s bank, and as a result, the funds would not be made available to the payee or the depositor. A few reasons a check can be marked as returned for which the most common is insufficient funds in the payer’s account.

However, the check can be returned for other reasons, including:

If someone writes a check and there is not enough money in the account to cover it, the bank may return the check to the payee. Typically, a fee is charged to the payee by the payee’s bank, and the payor’s bank charges a cost to the payor’s account for writing a check that ultimately bounced due to non-sufficient funds.

When Do Checks Expire?

Legally, banks do not have to cash a check after six months

It’s all too easy to misplace a statement. The hard part is figuring out what to do if it resurfaces months, or even years, later—perhaps after its “expiration date.”

Legally, banks are only required to honour checks for six months. Beyond that, it is up to the bank’s discretion, including contacting the account holder for approval. The bank can also simply bounce the check without even trying to reach out, which means the depositor may get hit with a “deposit item returned” fee that can be up to $30 or more.

On the flip side, a several-month-old personal check may fall off the issuer’s radar. Practically all checking accounts have zero interest, meaning most people only keep just enough in the store to pay the bills. As a result, when the forgotten check resurfaces without warning, there may not be enough funds in the account to cover it. This is why it is always best to contact the issuer before attempting to cash a stale check. Making the call may be awkward, but accidentally slapping your grandma with a hefty overdraft fee is worse. Ask for a new tab if the old one is past the six-month mark.

Do personal checks expire more quickly than company-printed checks? There is no technical difference between these two types of reviews, but the risk of triggering fees is slightly higher with personal checks, as companies are less likely to carry bare-bones balances.

Some checks come printed with text stating that a bill becomes void after 90 days. This can be safely disregarded as a ploy to nudge people not to hold a check for too long. The six-month rule applies regardless of what is printed on the bill. 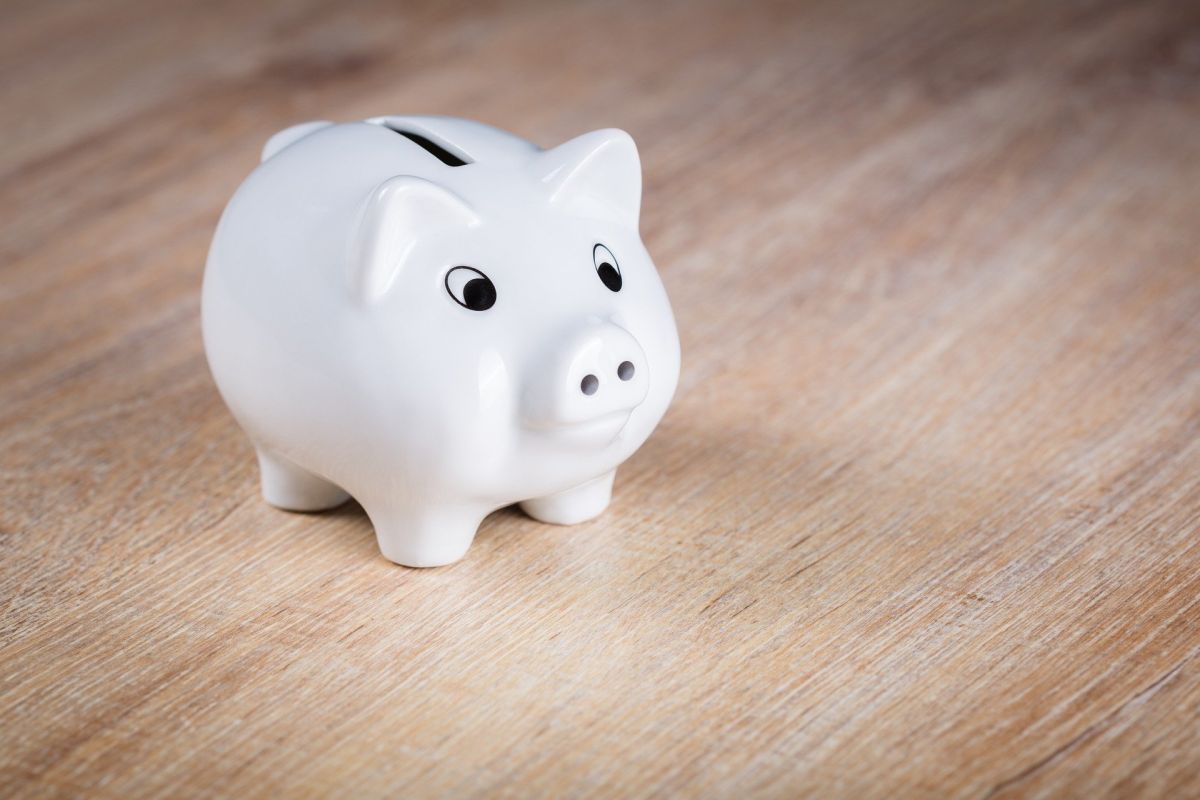 Examples of Expiration of Checks by Type

Checks issued by the U.S. Treasury are good for one year. Make sure to cash your federal tax refund check no later than a year to the date it was issued. You can request a new review from state and federal agencies.

If you lose your state tax refund or a local government check, you’ll have to contact the agency that sent it to you. State and local governments may have their expiration dates.

As previously mentioned, personal checks are usually valid for up to six months after the date they were issued, one but you shouldn’t count on the bank to pay attention to the dates.

A money order issuer may charge fees on the order if enough time passes. Check with your issuer for guidelines.

Even if banks are only legally required to honour checks in six months, it is usually a good idea to avoid any potential problems by depositing checks when you receive them. And if you fear that a review you have written has been lost or stolen, you should move promptly to cancel the bill with your bank.

What Is an Electronic Check?

An electronic check, or e-check, is a form of payment made via the Internet, or another data network, designed to perform the same function as a conventional paper check. Since the review is in an electronic format, it can be processed in fewer steps.

Additionally, it has more security features than standard paper checks, including authentication, public-key cryptography, digital signatures, and encryption, among others.

How an Electronic Check Works

An electronic check is part of the larger electronic banking field and part of a subset of transactions referred to as electronic fund transfers (EFTs). This includes electronic reviews and other computerised banking functions such as ATM withdrawals and deposits, debit card transactions, and remote check depositing features. The transactions require various computer and networking technologies to gain access to the relevant account data to perform the requested actions.

Electronic checks were developed in response to the transactions that arose in the world of electronic commerce. Electronic checks can be used to make a payment for any transaction that a paper check can cover and are governed by the same laws that apply to paper checks. This was the first form of Internet-based payment used by the U.S. Treasury for making large online payments.

The Benefits of Electronic Checks

Generally, the costs associated with issuing an electronic check are notably lower than those associated with paper checks. Not only is there no requirement for a physical paper check, which costs money to produce, but also electronic reviews do not require physical postage in cases of payments being made to entities outside the direct reach of the entity issuing the funds.

It is estimated that while a traditional check may cost as much as $1 to issue, an electronic check costs closer to $0.10.

Electronic checks also come with a lower risk of the associated funds being stolen, as there is no tangible item to intercept.